We Have To Be There For Each Other

One of my guilty pleasures is my obsession with pop culture. I hate admitting it, but I love reading all about the lives of the rich and famous. Yesterday, for example, singer Demi Lovato took to Instagram to compliment Taylor Swift on her new music. This act came as a surprise to many, including myself, who thought there was bad blood between the two.

Let me get you up to speed. In 2016, Lovato, who has never shied away from speaking her mind, said a few things aimed at Swift. In an interview with Glamour, for example, Lovato commented on Swift’s song Bad Blood, saying: “I think that having a song and a video about tearing Katy Perry down, that’s not women’s empowerment. We all do things that aren’t, but I have to ask myself, ‘Am I content with calling myself a feminist?’ Yes, because I speak out.”

Since then, fan groups of both starlets pushed and intensified the so-called feud. Like most recently when Swift attended (and opened), the MTV Video Music Awards. During that time, Lovato went to Instagram to announce that she skipped the ceremony “for a REASON.” Fans were convinced that was a shot at Swift, but it was later revealed that Lovato was actually filming for the sitcom, Will & Grace.

Yesterday, as mentioned, Lovato took to her Instagram story, sharing a screenshot of Swift’s song Cruel Summer. Lovato went on to write: “Life’s too short for women not to support other women..especially when women release great music. Great job @taylorswift.” Swift replied, writing: “This is so awesome & put the biggest smile on my face.”

So, why am I writing about all of this? Because I feel that we, as women, should always stand up for each other and have each other’s backs. What is annoying to me, is how fans went and made a big thing out of a few comments, while they know nothing about what is really happening beneath the surface. Why does our society constantly pits women against each other? We can see it everywhere. Like with Cardi B and Nicki Minaj. Who said that we can only have one dominant female rapper? Why can’t they both shine?

Why are we only encouraging and strengthening society’s twisted portrayal of us? We are kind, generous, and supportive creatures. We shouldn’t let society and the media pit us against each other. We need to stand up to and rise above it. We shouldn’t let them win and the give them a reason to believe that they are right.

For conclusion, I think we should all remember and keep in mind these lyrics from Taylor Swift’s You Need To Come Down: “And we see you over there on the internet/ Comparing all the girls who are killing it/ But we figured you out/ We all know now we all got crowns/ You need to calm down.” 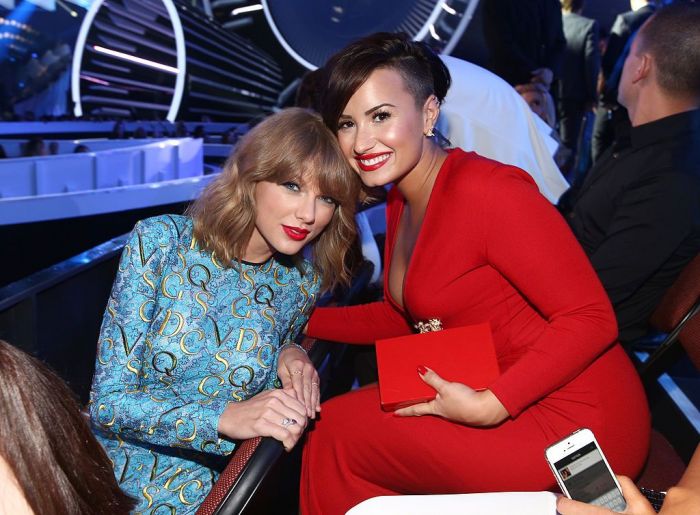