What The Australian Open Made Us Realize

The Australian Open kicked off precisely a week ago, on February 10th, and has already delivered some phenomenal tennis matches. One thing that stood out in this tournament, however, was the attendance of a crowd. Nearly a year into the Coronavirus pandemic, this was a reminder of how much we missed the roar of the crowd, and how vital it is. The artificial crowd noise that Major League Baseball, the N.F.L., the N.B.A., and the N.H.L. have piped in, both for those in the stadiums and arenas and for people watching at home, doesn’t manage to mimic that. What actors refer to as the “fourth wall” – the metaphorical barrier between performers and viewers – doesn’t exist in sports. A crowd’s passion can seemingly help power comebacks. Its scorn can smother one, too. 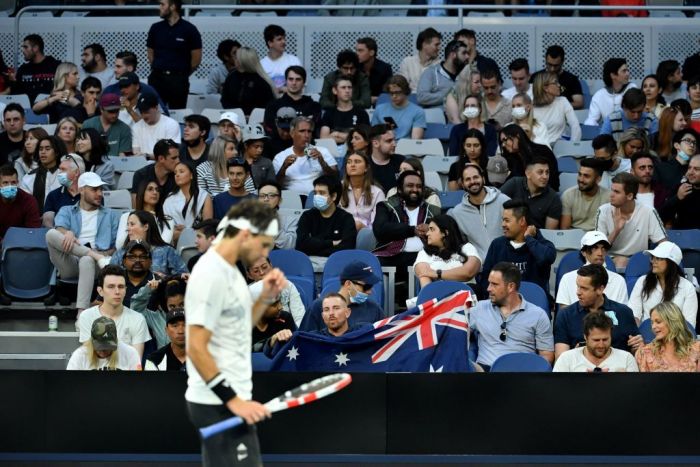 For about five days at the 2021 Australian Open, we got to hear that sound again, as government officials allowed up to 30,000 fans, about 50 percent capacity, to attend the tournament each day. It was both a joy and a revelation to rediscover the power that the viewers hold in sports. Nick Kyrgios, the tennis antihero everywhere except Australia, where he is beloved, rode the fans to a miracle Wednesday night. He saved two match points in the fourth set against Ugo Humbert, the rising 22-year-old Frenchman. Then he edged Humbert in the fifth set in front of an explosive crowd that never gave up on its hometown hero. “Half-packed and it felt like it was a full stadium,” Kyrgios said. “I got goosebumps toward the end.” 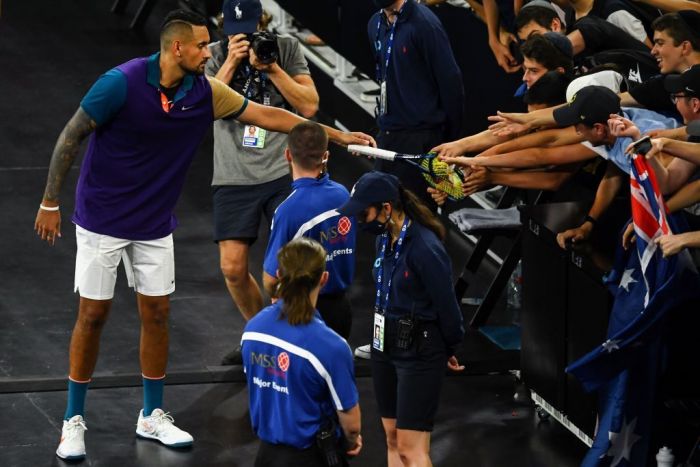 Kyrgios and his crew were back at it Friday night, when he took on Dominic Thiem of Austria, the reigning United States Open champion and number 3 seed. And so began three-plus hours of interactive drama, as the match stretched into five sets. In the end, it wasn’t enough, as Thiem prevailed in five sets, 4-6, 4-6, 6-3, 6-4, 6-4, but it’s hard to believe it would have been close without the interactive crowd. “It’s not the same sport without the crowd,” Kyrgios said.

On Friday, however, the coronavirus did what it has done so relentlessly for the past 11 months – It shut down the party. A recent outbreak was what much of the world would consider a nuisance. But in Australia, which has managed the pandemic more effectively than any other major economy, it qualified as a critical mass. The cluster of coronavirus cases grew to more than a dozen, and the state government of Victoria, where Melbourne is, declared a “snap lockdown” of five days, beginning at midnight Friday. 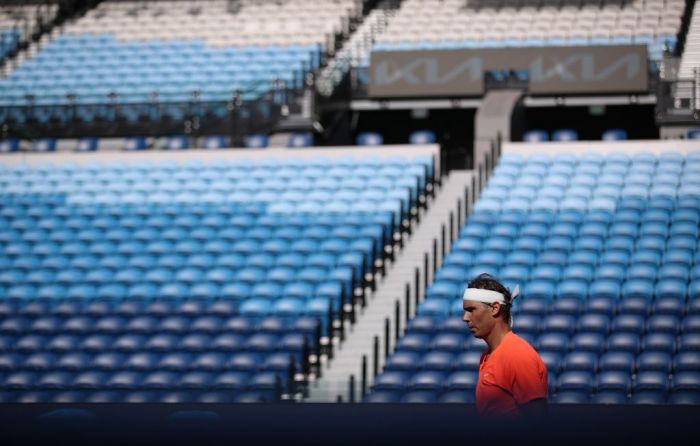 Everyone, except those deemed essential workers, must stay home (though two hours of outdoor exercise and one hour to go to the grocery store or pharmacy are permitted.) Players and people considered essential in running the Australian Open will be allowed at Melbourne Park. The crowds, sadly, must stay away until perhaps the singles semifinals, scheduled to start Thursday. “The players will compete in a bubble not dissimilar to what they have done throughout the year,” said Craig Tiley, the chief executive of Tennis Australia, which organizes the tournament. “It’s been really fun to have the crowd back, especially here,” Serena Williams said after she beat Anastasia Potapova in straight sets in the third round Friday. “But, you know what, at the end of the day we have to do what’s best. Hopefully, it will be all right.” As Williams said, it is important to make sure that everyone is being careful, remain healthy and protected. Hopefully, the crowds will be able to return on Thursday, as we sure have missed the crowd and the atmosphere it brings.