Earlier this month, EA Sports announced some big changes that will be coming in the new year. One of these changes is the addition of women’s teams to the new NHL series for the first time. Starting in January 2022, in an effort to celebrate women’s hockey, the International Ice Hockey Federation (IIHF) women’s national teams will be added. The video game developer also announced that the IIHF Ice Hockey Women’s World Championship will also become available with authentic tournament structure and visuals.

This update has been included together with content for IIHF Men’s teams and the ability to experience the IIHF World Junior championships, with updated branding such as logos and uniforms for the national teams. The franchise marks this occasion as an important moment as it continuously strives to acknowledge and reflect the diversity amongst the hockey community. The vice president and general manager of EA Sports NHL said they were proud to introduce women’s teams for the first time. In a bid to make the popular NHL video game series more inclusive, there will be a choice of ten women’s national teams in the tournament mode of the video game, and the U.S. players are already discussing their player ratings. 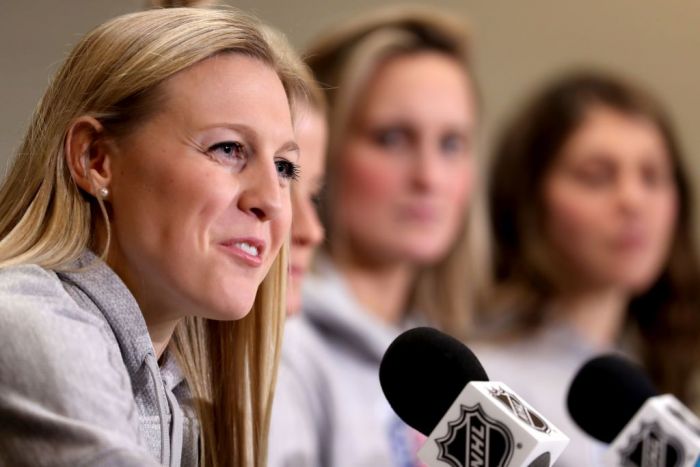 Kendall Coyne Schofield, the U.S. National team player, was an avid video gamer growing up and is currently a player-development coach for the Chicago Blackhawks. Remembering her childhood with never seeing anyone in the NHL games who represented her and her friends, she always hoped for the day that women’s hockey will have their own fame, and has said this is an ‘instrumental moment’ for women’s hockey. This latest announcement has been warmly welcomed by many other women in sport, with Canadian hockey star Marie-Philip Poulin tweeting about how excited she is to represent Canada in the game.