Working With Your Ex’s New Girlfriend

When it comes to dating, there are only a few strict rules I follow. One of them, which I have shared with you in the past, is that I never date a mutual friend. The second rule, which I will present to you today, is a bit different. Unlike the first one, which I broke after I already established it, this one stemmed from an unfortunate experience. According to this rule, you shouldn’t go out with a co-worker. We see co-workers that go out constantly in various fields, from offices to movie-sets, it happens all the time. For me, it happened a few years back. I started dating a guy I met there, and it would be an understatement to say it ended badly. 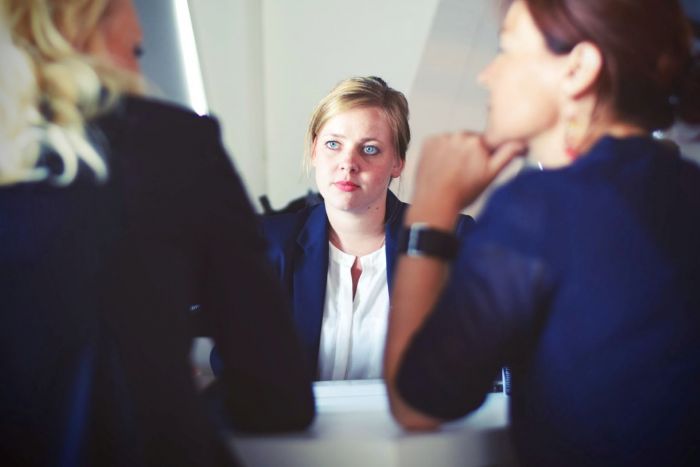 It started very naturally. We sat right across from each other at the office and talked a lot during the day. As time went by, our relationship deepened and we both realized we had feelings for each other. Everything went smoothly for a few months until he broke up me. Although it was a complete surprise, I came to terms with the situation, and we managed to cohabitate in the office. However, about a month later, things took a sharp turn. What had happened was that my ex started seeing another girl from the office. As you could probably expect, the situation was painful and upsetting to me. Not only did I have to see my ex every day, but I also had to see his new relationship unfold as well. Kissing, flirting, giggling – all in front of me.

I had a hard time seeing them together; it broke my heart. I couldn’t understand what she had that I didn’t. It consumed me and interrupted me in doing my job. I was certain to change the situation, as I knew that if this were to continue, I would be at risk of losing my job. So, I distanced myself from the situation. I requested a different desk at the office and interacted with them as less as I could. Eventually, I got a better offer somewhere else and quitted. I later heard from a former co-worker that they got engaged and married. Because of how horrendous this experience was, I established the rule mentioned above: don’t date co-workers. Of course, there are exceptions (like my ex and former co-worker who,) so, if you do go for it, please make sure that you can handle every outcome.

You may also like
TAG
Why Hasn't He Called? Why did I care so much?
Alexandra Wade
TAG
Will I Look Back And Regret It? Can we make decisions without feeling regret?
Claire Miles
TAG
Where's My Teenage Dream? It wasn't what I imagined.
Ariella Jacobs
TAG
Best Dressed: The 2021 Cannes Film Festival Some of the best-dressed celebrities from the 2021 Cannes Film Festival.
Penelope Trent
TAG
It's Coming Rome: Italy Wins The 2020 Euro The UEFA Euro 2020 Championship has come to an end.
Rebecca Rodriguez
TMT Live Preview
geoedge-origin-div
gesource
geparentscriptid
getagid
bidswitch.net%2Fpreview
riskiq